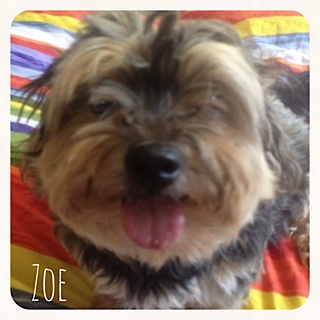 Recently, we had a very very beloved pet die. It was horrible. It was unexpected, but maybe because I chose to not see her age. Zoe was a cantankerous dog from the get go. She chose me as her owner, not the other way round. She has been a delight in our lives, from the excitement of when she sees us, to the manipulative cute behaviour that bears her treats. She did everything on her terms – even getting to her bed at night, and it was only ever when she was ready. She was never ever vicious or snappy with the kids – and at times I think she probably should have as their roughhousing got a bit out of hand. Zoe was almost 11.

I was laboring (early) with Hayden at home. Jason was asleep. Zoe sat at my feet (I was sitting in a chair) and whimpered every time I had a contraction, almost like she knew. She would give my leg a little lick each time, as it to say, ‘I am here’. She would not move. She was a permanent fixture at my side – I can remember being pregnant with both Hayden and the triplets when she protected me twice from a brown snake making its malevolent way through our yard. She would not let me walk towards the snakes and from where I was standing I could not see them – were it not for her, I would have walked straight into them and likely been bitten. Just two examples of how cool Zoe was.

Apart from the horrible grief I feel washing over me, and yes, for a dog, my kids have had to deal with death for the first ‘real’ time. Hayden is so upset. Brendan and Caitlyn wanted her to wake up, and initially Emma thought she would re-spawn in another room (thanks minecraft). It was a really sad day because not only could I not believe it (love that disbelief stage of grief) but I had to try and convince the kids that yes, Zoe had died. Then came the questions –

Will it happen to me?

I love Zoe so much, why?

It was so sad. The kids even stopped fighting and bickering for the day. It was like a silent agreement – they were all so busy being sad and upset that they totally forgot that they were siblings and hated each other most days – or at least lived to only annoy each other. It was a fairly quiet day in terms of kids – they were solemn, and quite pensive. They wondered a lot about where Zoe would go now that she did not live with us. They decided that she would find Poppy and be his friend.

I thought a lot about how I would explain death to the kids. Problem is they are smart and now know that apart from the fact that we all die, they understand the pain of grief and now have a genuine fear of old people dying. I told them Zoe died because she was old – in hindsight not my best moment as now they worry about Nan, Evil Poppy and Great Nanna. I also said that we are only lucky enough to get our furry friends for a little while, not forever, as they are too special to live as long as we do. I am not silly, I knew this day would come, but it was still like hearing someone else talk.

I wrapped Zoe in one of her favourite towels, and the kids all had a pat good-bye. I think it was more difficult for me to actually put her down and say good-bye as well. While this was happening, I was thinking – this is one of those parenting moments where you have to try and get it ‘right’. Parenting comes with no real guidebook. We all just do the best we can I guess. Motherhood certainly has tested me. But no matter what, here I stand with four sets of eyes, in various stages of tears – either crying currently, or have just been crying, looking to me for answers.

I gave it my best shot. I think I did ok – in so much as the kids understand death. I explained how the heart stops, the brain stops sending messages, blood stops flowing on the train around our body, we don’t breathe anymore, and we can’t move. Maybe we can hear and see, maybe. I read them the Rainbow Bridge Poem – and I had to hold back so many sobs as I did, so they could understand. There was tears, and silence. The silence of comprehension. I got four very sad nods, alluding to the fact that they understood that death had visited and taken Zo Zo.

Then, we had to talk about burying her. It was decided fairly quickly that we would bury her in her favourite garden – she would walk through it, bark in it, she liked it. But she had to have a tree planted. I think it was important that we had some sort of ceremony to signify her death. To make it real. Jason rushed home from Kingaroy and arrived just before lunch. As a family, we buried Zoe. Wrapped in a towel, with a few treats for good measure and some pictures the kids drew, and a letter from Hayden. It was so touching, and I think that was about when I started crying – a lot. We stood in the garden, holding hands, crying, with Hayden handing out tissues. A group of us, united by this dog who did as she pleased, and loved us all, as much as dogs can. 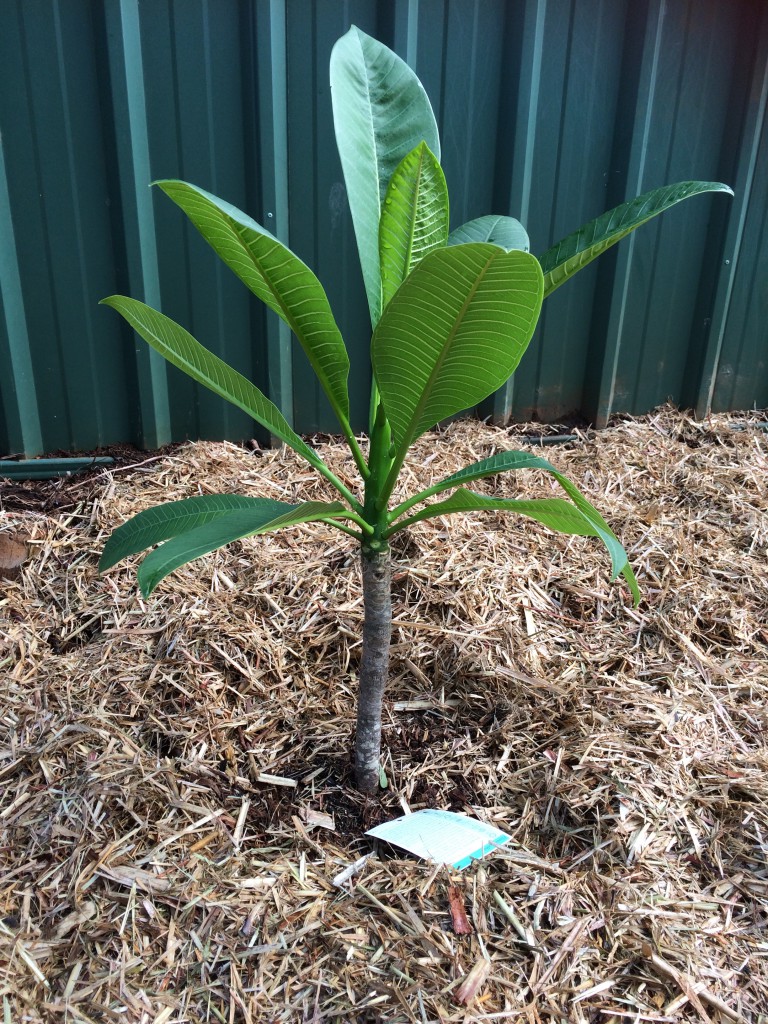 In the days following Zoe’s death there has still been questions, lots of ‘I miss Zoe’s’ and a realisation that death is permanent.  It is a tough thing to learn, no matter your age.  I think they need to know and understand it as much as they can, and I need to support that, and ensure they are ok.  Hayden has likened Zoe’s death to Sirius’ in Harry Potter – so devastation city here.  But we are talking about it, and I think so far, they are coping as well as you can when your furry buddy dies.

Zoe was our first dog. She has moved as many times as we have and has holidayed with us many times also. She was stubborn, loyal, and very loved. She was always happy to see you – unconditionally. She would get a roast chicken for her birthday each year and some baked treats (peanut butter bone biscuits!). She snored, loudly, and we go so used to that sound that now we all miss it. It is quieter without her.

Zoe will be remembered by the kids – more likely because it will be the first death they will remember.  A death mixed with childhood memories of Zoe being in the trailer of their bikes and towed around, of Zoe being the ‘good’ dog to walk, or of Zoe refusing to play fetch, but rather chasies.  Rest in piece Zo Zo, I hope that wherever you are, there is an endless supply of chicken, fish and no vegies.