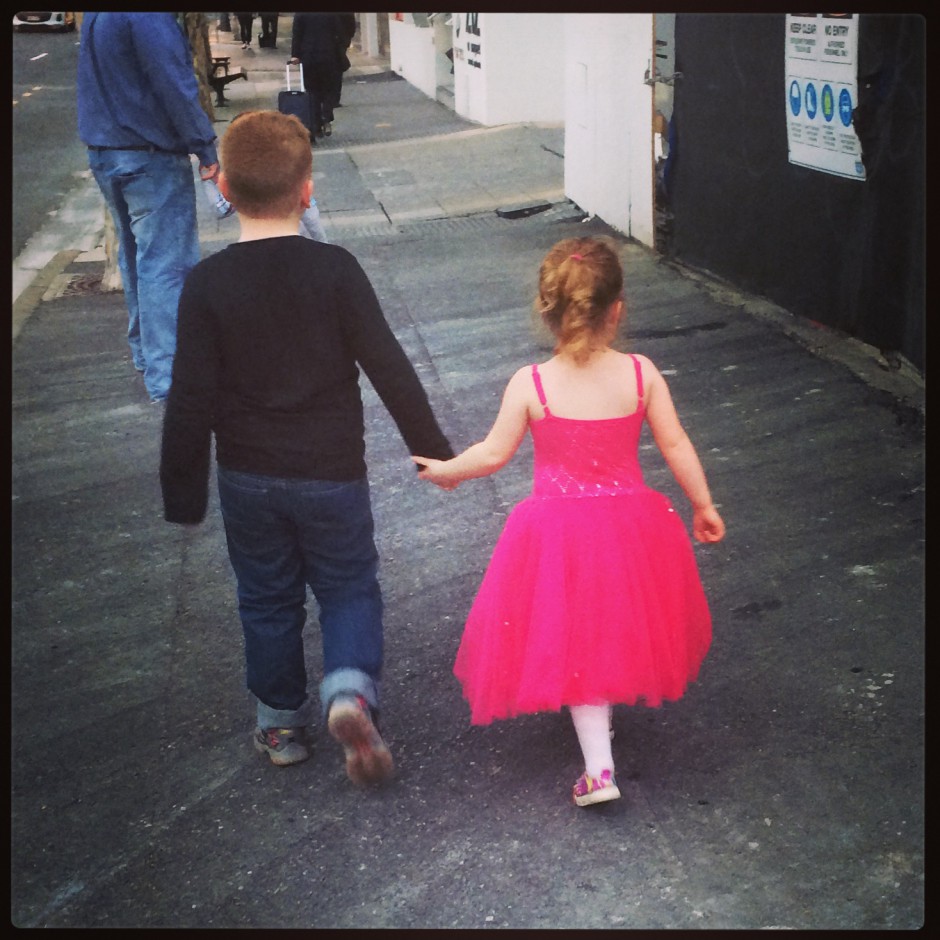 The old saying is that a picture is worth a thousand words – and when I look in my photo program, I have a whole library of words that ‘go’ with the photos.  It brings me back to why I take photos.  With the integration of smart phones and cameras it means that, for me, I don’t drag out the ‘good’ camera as often and predominantly use my phone.  This means that I find myself flooded with images, as opposed to some carefully crafted or opportune moments that were found when you had to worry about the quantity of film being used, or the wonder of seeing the film when you picked it up from developing.  I kind of miss those days.  Sometimes you take a hundred photos to get one ‘good’ shot.  Then other days you find yourself not taking a single photo at all.

Don’t get me wrong, I love that my phone has a camera, and I love that it takes quality photos.  It captures so many thing that I would not normally see or would miss if it were not for the ease of it being there.  I use it frequently and have about 2000 + photos in my camera ‘roll’.  Not all of them are great photos, and some of them are blurry, or have backgrounds that are ‘busy’; but there are so many moments that are captured, and tell a story that would not normally have had a story to be told.

Take this photo for example – 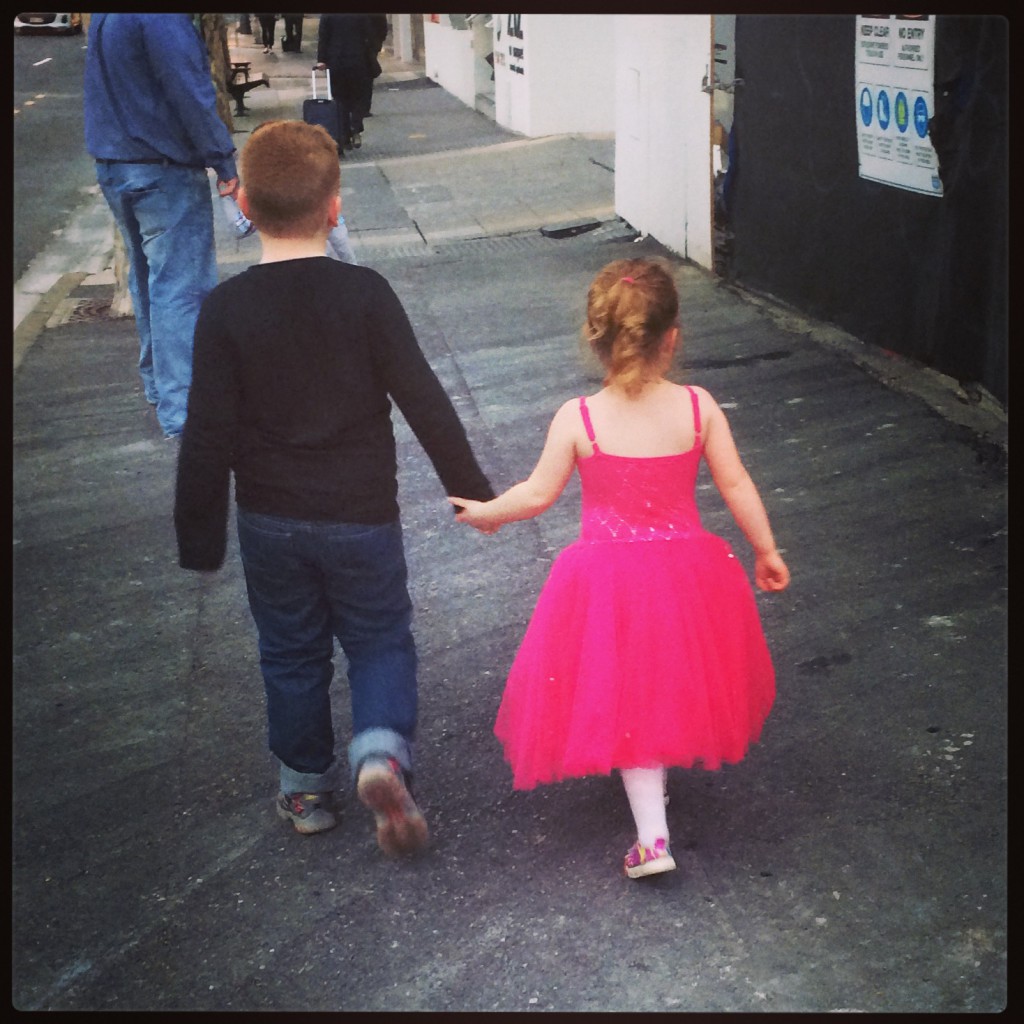 Not the greatest shot by any stretch – there is no rule of thirds, no forethought into composition, or anything like that – but I love it.  I look at it and see not only a really cool big brother doing something for his little sister, but I see love.  Hayden was not asked to do this.  But he did, because, apparently, “Princesses always have to have an escort Mummy”.  That in itself is priceless.  The other aspect is that of Caitlyn.  Fiercely independent, refusing in a Brisbane July to wear a jacket or jumper as it will ruin her princess dress, opting instead to wear tights and lights (sketchers that flash!).  Looking up at her brother in admiration constantly, talking to him about the High Tea that they had just been to for part of their birthday celebrations.  Talking to him ‘like a big girl’, and telling him all about any and everything – because at four, everything is of great importance, especially cake, birthdays, princesses and cups of tea.

At the edge of the photo is Jase with B, they were walking ahead (it was in Brisbane CBD) and it left me with Emma, who walks s o o o o slowly.  She tells us all the time it is because she has little legs.  She is in fact the tallest of the trio, but she likes to use that excuse because once upon a time she did.  I remember walking with her, having to slow down my own mummy pace considerably to Emma-levels.  I remember Emma singing songs to me about birds (she makes songs up all the time!), in her sweet little off key voice.  Rainbows and birds, and cake.  Nice combination!

I also think of their birthday when I look at this photo.  By ‘their’ I mean the triplets.  Three three year olds to three four year olds in one day – wow.  I think that novelty will never ever grow old!  This year, for their fourth birthday they had separate cakes.  Next year I will have to gauge what they want – as individuals celebrating their birthday through chance on the same day, minutes apart.  It never ceases to amaze me!

I could write pages about the thoughts, feelings and pictures this image conjures up in my mind, and for that, I am infinitely grateful for the integration of cameras on phones!  This moment, if I had  to have it posed, would not have been anywhere near as sweet, imperfect, but totally awesome as it is.  And that in itself is exactly why imperfect pictures are to me, often more meaningful. 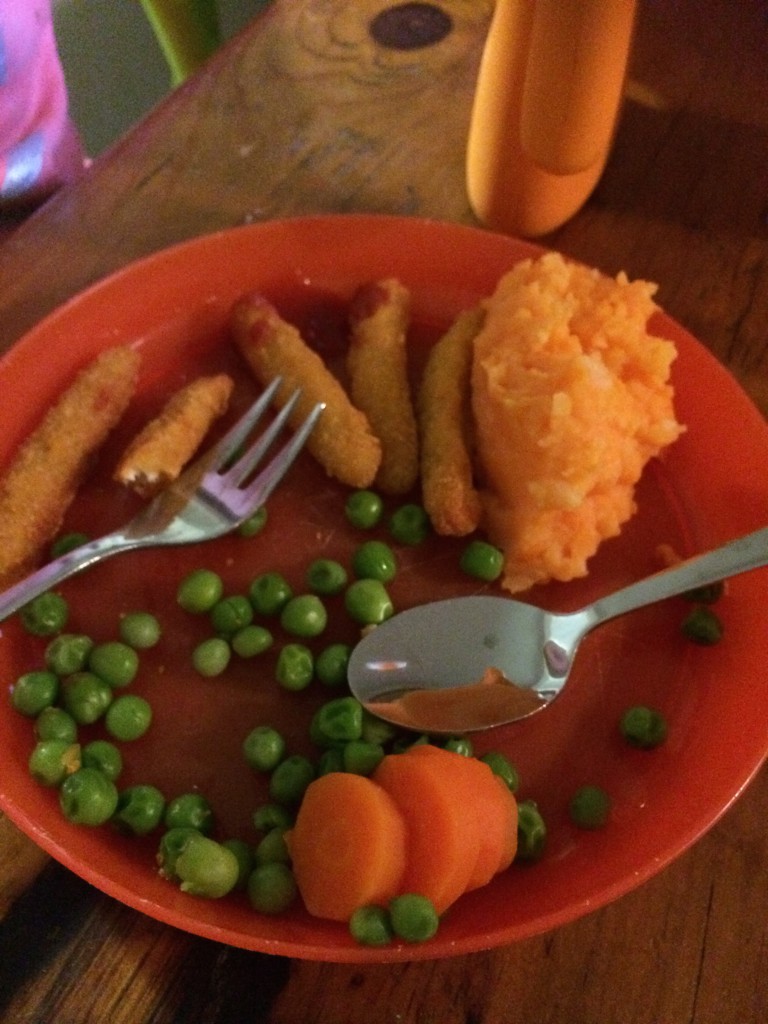 Not all photos are rosy, or show good bits of day to day routine.  This is a photo of a battle lost.  The age old battle of ‘eat your tea’.  This particular night I had no luck with *any* child.  All four refused to eat their tea.  After trying to list consequences, offer ultimatums, or simple pleading, I gave in.  They walked away from the table not eating their tea, but not getting anything else either.  They went to bed hungry, “Starving hungry mummy, you must feed me or it is not fair” even.  I had to check under their beds, in their rooms and cupboards for any stashed/stolen food.  Because that is how they roll.  They steal food and stash it for ‘laters’.  True story.  Caitlyn is usually the thief.  But she ever so kindly shares her wares, meaning the others are just as culpable.  The first time it was hilarious.  The second time not so much.
Photos (like this) show me not only the battles, but the plates (Ikea – yep we colour code) and table (an old table with scratches, paint and graffitti marking it and giving it history) and the food.  Basic fair this night because it was tennis night and I had to go to work.  I would have thought chicken tenders would have always been a hit even if I had to force/bribe the veggies.  Nope.  Not this night.  Gets me thinking about *all* the nights I struggle with what to cook for four kids who decide only at tea time to get picky.  They will eat just about anything at any other time of the day (fruit, vegetables and everything in between) but come dinner, they decide to be fussy little buggers.  Terms like “I can’t like this Mummy”, “I don’t like the way the peas look” “The chicken is weird” or “B touched my tea and now I can’t eat it” frequent the dinner discussions.  All sensible conversations stop, and everything is then based on food.  Bargaining – “If I eat this, can I leave the table”, “Emma got less than me” or pleading “I ate all my fruit today and now I am full”  “Just two more (bites)”?.  Good thing I don’t do dessert on anything remotely resembling a regular basis.  There is never any promise of ‘after tea specials’ (Moloney for dessert).

I look at this photo and think about how I feel on nights like this – defeated, by four kids who just outnumber me.  I feel tired, tired of bargaining or begging.  Then I feel ridiculous, because honestly, who cares if they don’t eat dinner? Then I feel thankful that we are able to sweat the small stuff like this.  Then I feel mothers guilt because my kids are not eating their dinner.  Then I look at the time and am relieved (and this is horrible haha) that it is almost bed time and I will be able to have 5 minutes to myself soon enough, even if it is at work on a break.  All this (and then some) from a photo.

And because I like things in threes – here is another – 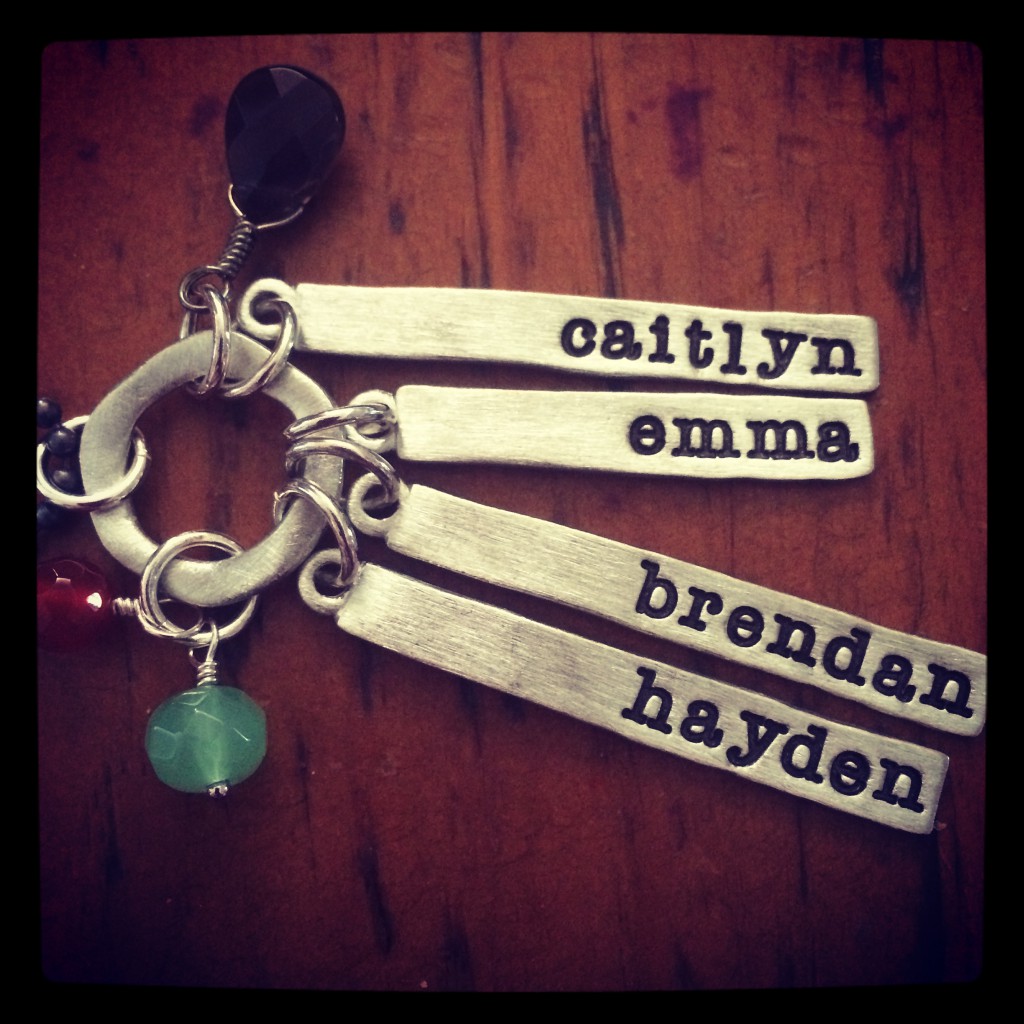 Simple photo yeah?  Just a necklace (purchased here).  Yes and no.  This is such a special necklace to me.  These four names are four of the most important names in my life, with one other to add, Jason’s.  These names make up probably 80% of my very being.  These are my  little chickens.  These guys heard my heart beat on the inside, tested me emotionally and physically before they were even born, and made our family.  Never thought I would have four kids – and some days I still am surprised that I do.  Given, three at once was a bit of a lazy way to do it, but still!

This photo is about motherhood.  About siblings.  About love.  About responsibility, one that never goes away – as from the 13th of February 2007, I became a mother.  A title that is not ever changeable by anything.  There are not many roles in life that are like that – other than familial ones.  That makes it even more unique.  What being a mother means to me is likely a different kettle of fish to any other mother.  I doubt my motherhood ‘skills’ daily.  But no matter how much doubt I have, I am always going to be a mother.  This photo brings a smile to my face if I am at work and missing my kids – it shows me that there are so many facets to motherhood.  It is a role that is ever changing, and like its namesake, the role and responsibilities are not set in stone. Every day is potentially a new challenge.  Milestones met, growth ensues, development continues.  Like an app, it is constantly updated.  Constantly glitching, and sometimes needs a good factory reset.

What do you see when you look, and really look, and the less than perfect photos on your camera roll?